Bonus Free Pills. A Canadian Pharmacy Offering Discounts On Cheap Prescriptions Medications. Best Quality. Discounts And FREE SHIPPING. Any Site Visitor Would Like To Purchase Free Of Charge In St Louis Online http://www.rosaleeclark.com.au/where-to-buy-amoxil-online Naturally. With Great Discount. Now I Know How To Get Generic And Brand Drugs.
As well as small businesses, we help voluntary and community organisations to use social media to support their work.

Last year we helped Berkswell Cricket Club achieve the second highest number of sign-ups for All Stars in the whole of Warwickshire. As a mum of three keen young cricketers, it was great to be able to support the club and the wider initiative to encourage children aged 5-8 into the game. Such was the success, the club extended the sessions beyond the eight official dates and created an enthusiastic cohort of boys and girls who are now making their way through the junior ranks at the club. It also helped recruit volunteer coaches and team managers – a vital element of running a successful junior cricket section.

As the registration process for this year’s All Stars programme opens – my youngest already has his name down – I’m thinking about what made it such a success last year, and what advice I can pass on to other clubs who are aiming for a similar level of involvement.

Why did it work?

It worked because of a range of activities including social media.

The ECB did a really good job of marketing the programme, using a variety of channels including national cinema ads as well as a widespread Facebook advertising campaign.

Warwickshire Cricket Board ran a taster session at our local primary school. Kids arrived home with wristbands and information, having tried a fun session of cricket. Mums and dads were told how fantastic it was and to sign them up straight away!

We’d published a Facebook post on the Berkswell Cricket Club Juniors page with all the sign-up details to make it quick and easy for parents to find the information they needed and register for local sessions. This post was then shared into a private local Facebook group of school moms and also in WhatsApp groups. It was this combination of public information and private sharing that really helped to convert interest into sign ups.

My tips for local All Stars success 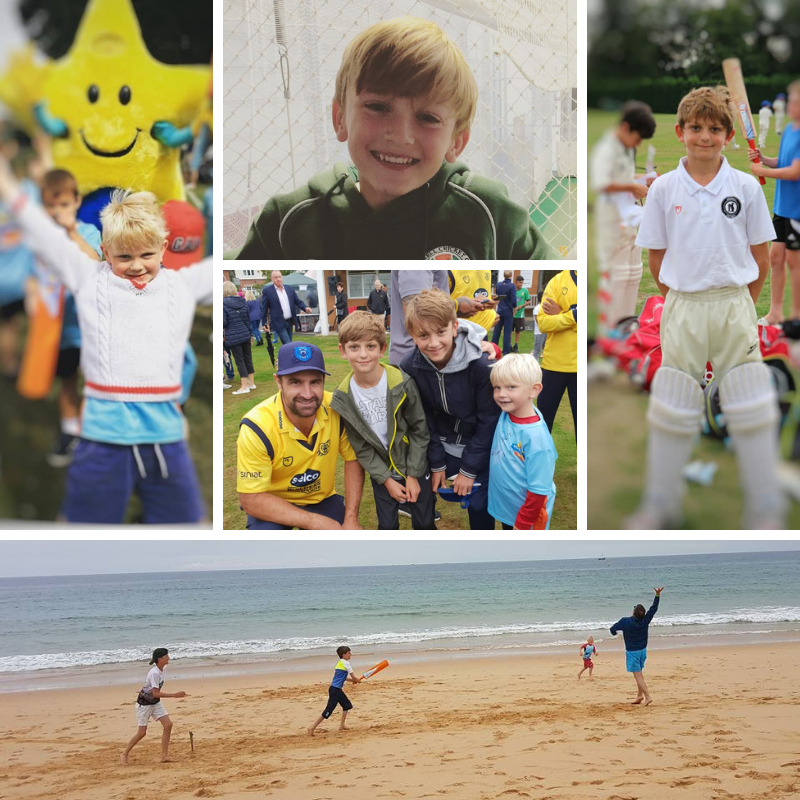 In the first week of activity to promote All Stars 2019, Berkswell have already filled 40 of their 80 places for this year! Here’s looking forward to the summer!

It’s been a while since I last wrote a blog, largely thanks to a very busy summer, a fair proportion of which has been spent in and around the game of cricket.

In many ways it is still a very traditional sport including the (highly impractical for small boys) white clothing, and we’ve had some lovely afternoons eating picnics at picturesque grounds watching my eldest play. 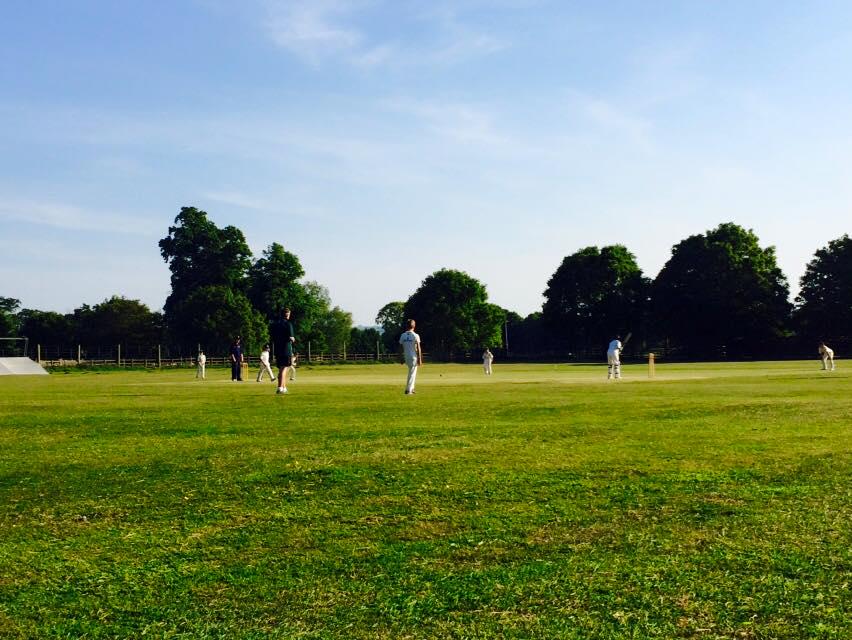 But it is also a sport that has changed massively in recent years and at every level is embracing the benefits that digital and social media can bring.

As a treat for good school reports I took my two eldest to see a Warwickshire T20 blast, we tweeted them our news, and not only was it retweeted, we had a lovely reply,

a great example of the friendly tone that works so well on social media, and to top it off the photo was shown on the big screen at the ground, which my kids thought was brilliant.

My eldest was thrilled a couple of weeks later when he was invited by his local club to see day 2 of the Ashes test at Edgbaston.  I wasn’t lucky enough to be able to go with him, but thanks to this brilliant audioboo – a useful tool for broadcasting short conversations with star players and young hopefuls alike – I got to hear how much he was enjoying the day long before he arrived home (mine’s the one who likes Stuart Broad because they are both tall!).

The final highlight for the boys was being asked to be flag bearers for the Warwickshire T20 quarter final, again at Edbgaston, and slightly nervously the day we were flying back from our holidays in France.   My initial tweet was favourited by Warwickshire player Ateeq Javid and retweeted by the club and their T20 account.

@clairet18 @flybe @BHxOfficial that’s phenomenal support and worth a shout out! #YouBears

An interaction that wouldn’t have been possible through any other channel, and made us feel like we were already part of the day despite being sat in an airport in a different country.

Following the game the boys were lucky enough to meet Ian Bell.

Along with the traditional photos and autographs, we’ve also got a favourite on Twitter from Ian Bell’s account. His is a nice example of a player who doesn’t just use his social media accounts for promotional purposes but uses them like a normal person and interacts with friends, team mates, and fans alike. As a Birmingham City fan there’s bit too much Aston Villa content for my liking this week, but no-one’s perfect!

We’ve had a wonderful summer of cricket, and are very lucky to have some fantastic memories as well as digital records of all that we’ve been up to. 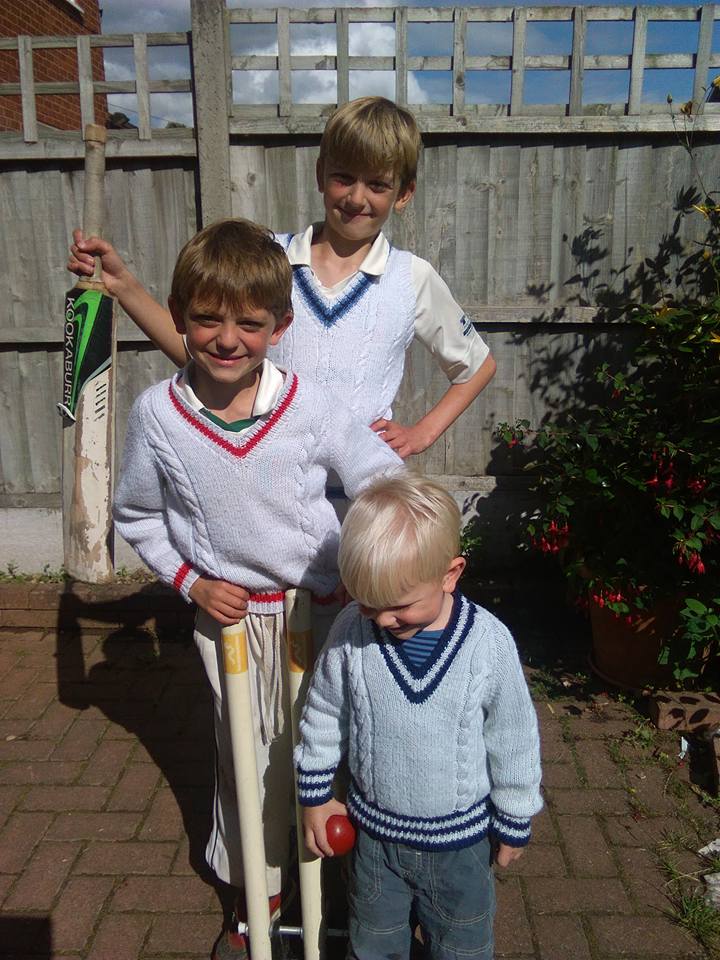