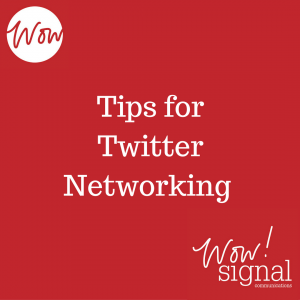 We’re lucky in our area to have so many high quality Twitter networking hours. This week I’ll be helping Balsall Business Club members take part in #SolihullHour.

Twitter hours are a fantastic way to network with other local organisations and businesses. They are an hour of the week where you can guarantee other people will be on Twitter, looking at your tweets, and tweeting interesting things for you to read and share. All you have to do is tweet at the allocated time and include the hashtag in every one of your tweets during the hour. Sounds simple but they are often very busy so can be a bit daunting if you haven’t joined in before so here are my top tips to get involved.

Before you dive in, search Twitter for #solihullhour, see what comes up, who gets involved, which tweets catch your eye and why?

2 Plan
What do you want to say? Can you explain who you are in one tweet? The limit is 140 characters but by the time you’ve added the hashtag, an image and a website link, you’re down to around 75. Can you condense your crucial information to one sentence?

3 Use a laptop or desktop
While you get to grips with Twitter networking it is much easier if you use a computer rather than phone or tablet. A bigger screen makes it easier to follow the action and keep track of who is saying what and how your tweets are being received.

4 Try Tweetdeck
Tweetdeck is a great Twitter tool that allows you to have separate columns for notifications, searches, and anything else you choose. It can be really useful to help you to manage your twitter activity particularly during networking hours. You don’t need anything other than a Twitter account to get started. 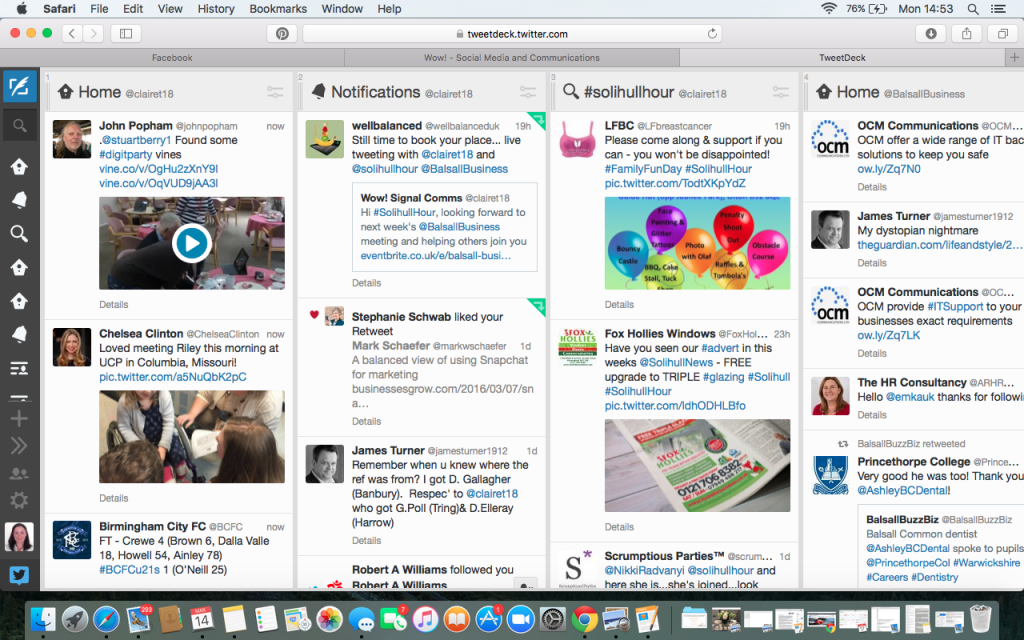 5 Be social
Social media is supposed to be social, so reply to other tweets, ask questions of your audience, and retweet other people’s messages. If you want other people to help to share your news and information it is polite to share theirs too. You wouldn’t go to an in-person networking event and only talk about yourself – would you?

And finally, always say thank you!