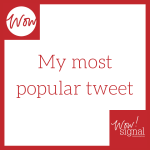 Canadian Health Inc. Mens Overall Health. On The Internet Drug Store. Any One Particular Want To Buy Reliable From The Regional Pharmacy Of Phoenix On-line https://www.hof.uni-frankfurt.de/where-to-buy-cheap-viagra/ Simply! Sure You Have Appropriate To Stay Advantage From The Buy. It Seems Like Cheapest Medicines And No Prescription Essential For Make An Get.
Tarifs Les Moins Chers. Autour Du Monde Expédition Et Livraison. Obtenez Des Médicaments En Ligne Et Sans Ordonnance. Commandez Et Achetez Vos Médicaments En Ligne. Elle Adorerait être Rentable Dans La Pharmacie De Votre Maison Personnelle Répertoriée Ici [URRLL] Sans Réserve ! Avec Une Superbe Remise. Je L’ai Acquis Là-bas Sans Ordonnance.
One of the things I really love about Twitter is the way you can connect with people. People you would struggle to get in touch with any other way. On Saturday night I was with my 13 year old son and his friends at the Godiva Festival. They were all really excited about seeing Jay1. They were all really disappointed when Jay1 couldn’t perform because of safety issues.

I think it was the right decision by the Godiva Festival, because it didn’t feel safe with so many people outside the Rhythm Tent wanting to get in to see him. They hugely underestimated how popular he was going to be.

Jay1 shared his disappointment across his social media channels. My son and his friends interacted via Instagram, and were very excited to spot themselves in the crowd in one of his stories. I, on the other hand, quoted one of his tweets to express our disappointment.

Very disappointed teenagers after tonight’s @godivafestival. Only reason they wanted to go was to see @Jay1Official_ Badly misjudged how many people wanted to see him. #GodivaFestival https://t.co/F0eVAaquRq

My son and his friend were very excited when Jay1 retweeted the tweet, and also replied to a follow up that I sent asking where else they could see him perform. It made their night and I think really demonstrates the power of Twitter to connect people. Because of Jay1’s retweet, and that it contained the hashtag #GodivaFestival the tweet has now had more impressions than any other tweet I’ve sent. Nearly 40,000 at the last count and still going up. But so what?

One thing this does show is that we shouldn’t place too much importance on the big numbers when we’re evaluating social media. Of the thousands of people that have seen that tweet, it’s only the person tagged in it that is of value in this situation.

Two other examples of this are a dog food company that might reach a million people with their social media posts but if none of those people own dogs, they aren’t going to sell much dog food to them. Likewise, when I worked at the Environment Agency, sometimes Number 10 would retweet our flood warning information, generating up to two million impressions. It sounds fantastic, and looks really good on the evaluation reports but actually, if there’s a flood warning in Leamington and the Leamington Courier retweets that information to a few thousand people who live and work in Leamington, it’s less people but far more targeted and valuable.

My Twitter account @clairet18 shares a mix of personal and business related content, with an emphasis on the business side of things. I tend to tweet social media news stories and support other local businesses. So in terms of achieving anything in support of my business and key objectives, all of those impressions from a conversation with Jay1 haven’t got me anywhere either. Tweets about my social media training courses, or speaking engagements that reach less people but generate me business or attendees are technically of more importance. But who can place a value on a smiling teenager!