Snapchat advertising is now mainstream – so who is using it? 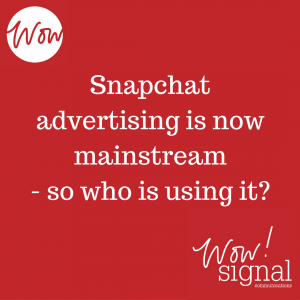 Snapchat advertising is becoming a key part of campaigns. I’ve noticed lenses and filters from a wide range of companies on my account recently, including some that you might not expect to be using Snapchat.

Always eagerly awaited, this year’s John Lewis Christmas advert was very well received and generated a huge amount of social media traffic.  As in previous years it was launched on social media in the morning before appearing on television later that day.

For the first time this year, John Lewis also used Snapchat advertising. You could turn yourself into Buster the Boxer with the ad music playing and woodland creatures bouncing around.

I think this really shows the growth and increasing importance of Snapchat advertising over the past year. Hopefully we’ll get to find out a bit more about how popular the lens was and an indication of its value to John Lewis.

Who else uses Snapchat advertising?

Other companies using Snapchat advertising recently include Bacardi and Superdrug, Channel 4 for the new series of Humans, 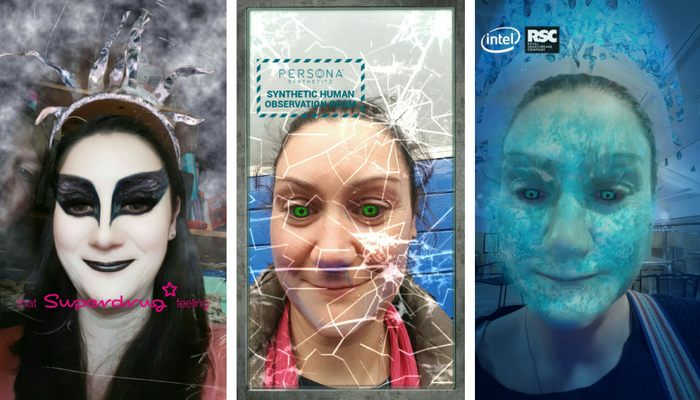 Calculating a precise return on investment for social media is difficult and becoming more so. In the case of Snapchat, and other channels where direct calls to action and clickable links are either non-existent or hard work, we aren’t left with much to evaluate.

Channels and content are overlapping more and more too. A quick scan through the Instagram search results for #BustertheBoxer included many images created in Snapchat.  When I saw the RSC ad, I googled RSC and Intel to find out more about the advert I had seen.  The only way the RSC can measure the impact of the Snapchat ad is if they do no other advertising at the same time.

I love Snapchat and think the advertising potential is only going to grow and grow.  If you haven’t already started using it, why not give it a go.  You can find me as claireturner18 or use my Snapcode (save the image on your phone then choose ‘Add Friends’, ‘Add via Snapcode’ to use this.) 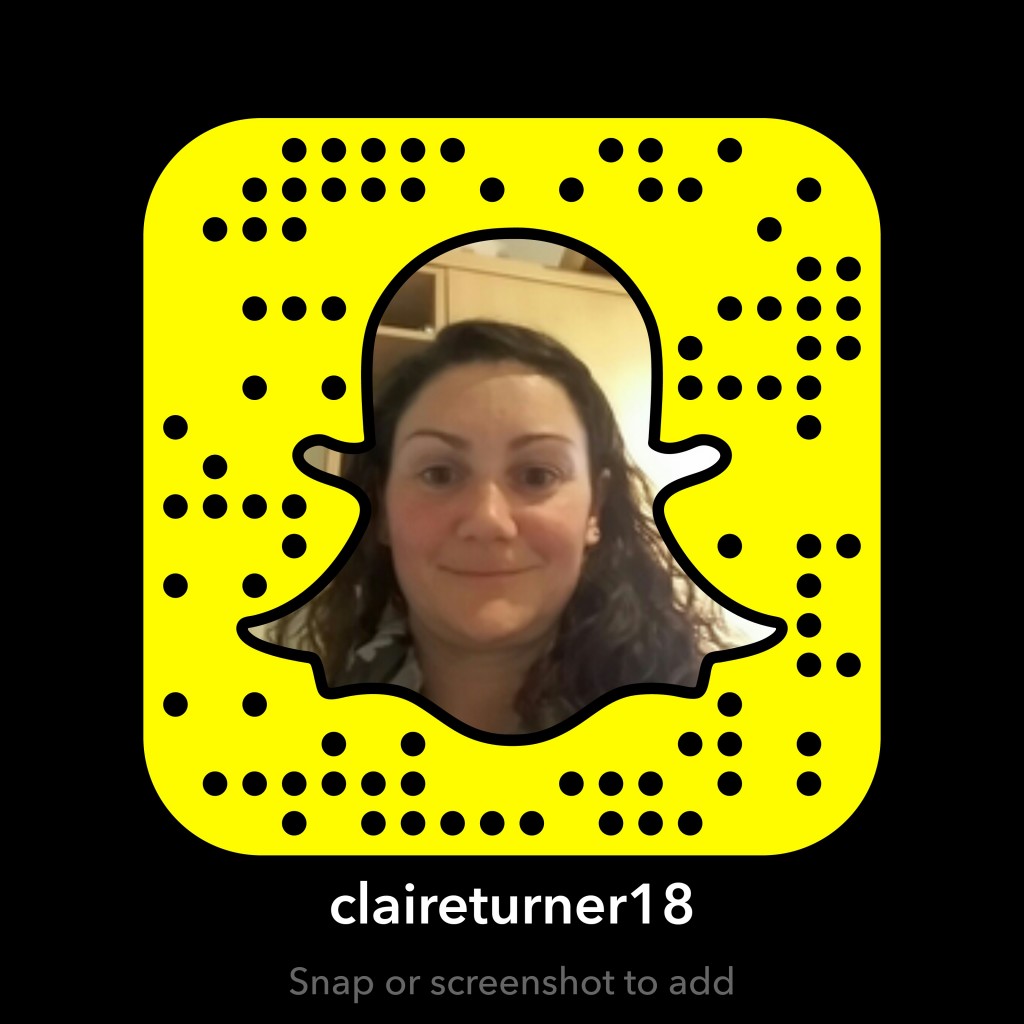