Why am I seeing this? – the science behind Facebook advertising

I recently took part in a Wolf Run. I’m glad I can tick it off the list but I won’t be rushing to do another one, it’s the only run I’ve ever finished wanting a blanket and a cup of tea.

As with lots of things that I get involved in I liked the Wolf Run Facebook page, mentioned the event in posts before and after the run and was tagged in photos from the day, covered from head to toe in mud. 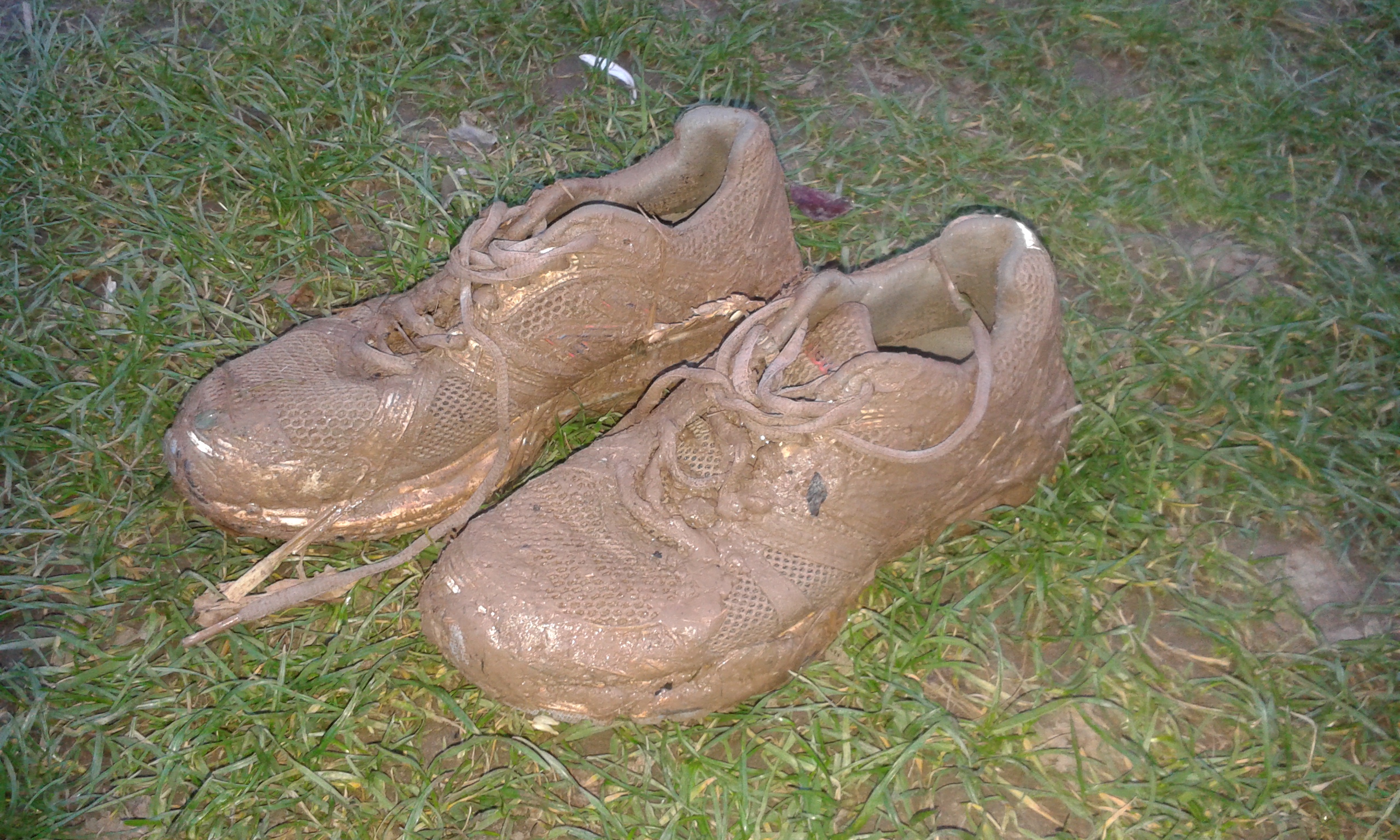 Since then, I’ve noticed something very interesting. For the last month these are the ads that have been appearing in my Facebook timeline. 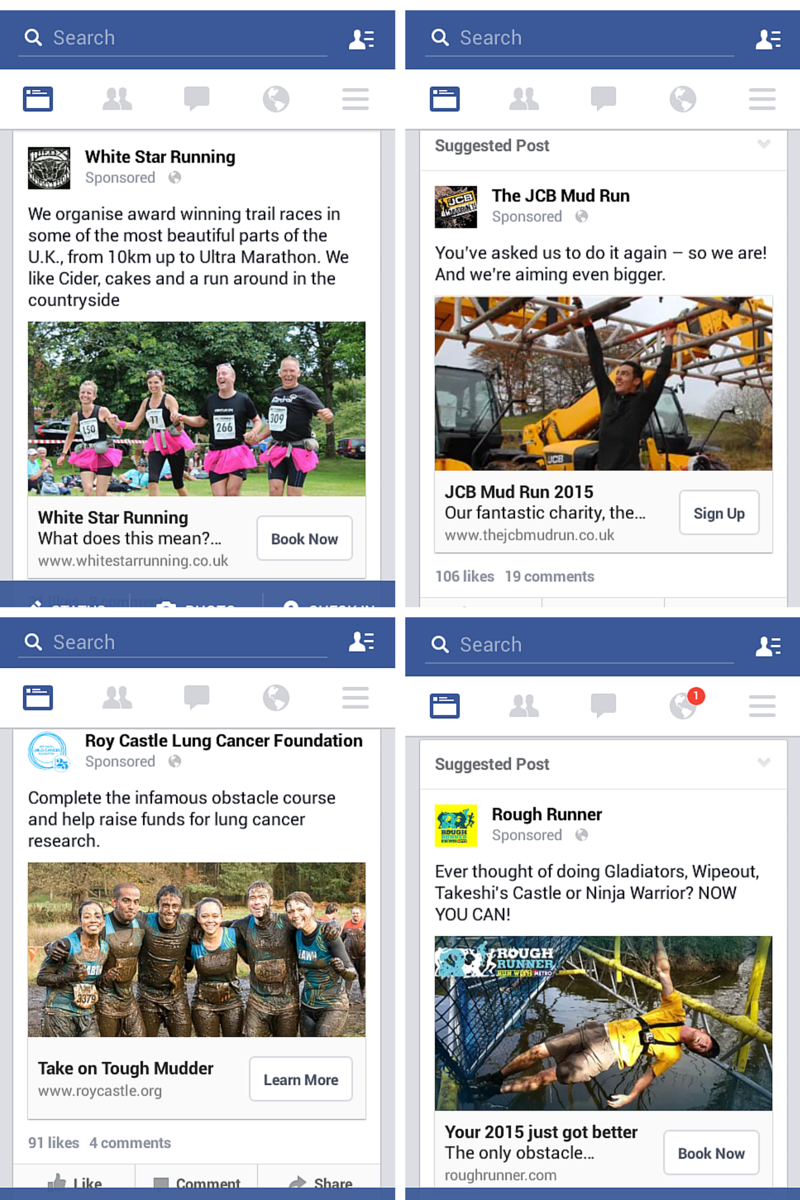 Pretty much exclusively. I haven’t really seen adverts for anything other than running events, especially of the outdoor, muddy variety, and physical challenges. A click on the ‘v’ symbol and selecting the ‘Why am I seeing this option? ‘ tells me why. 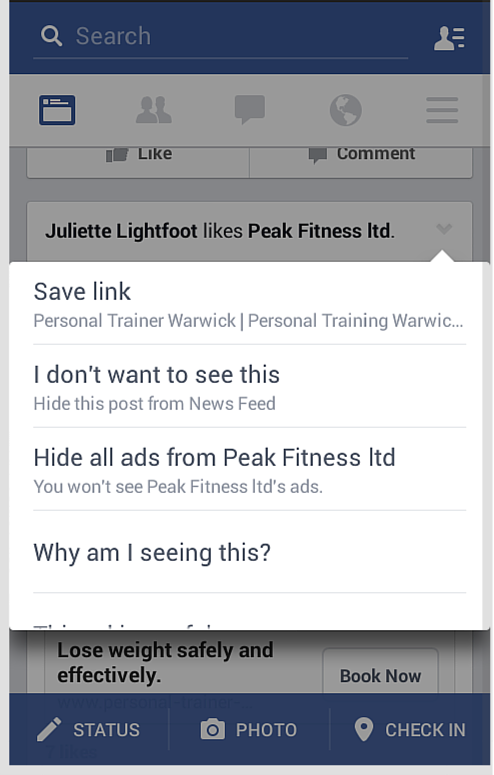 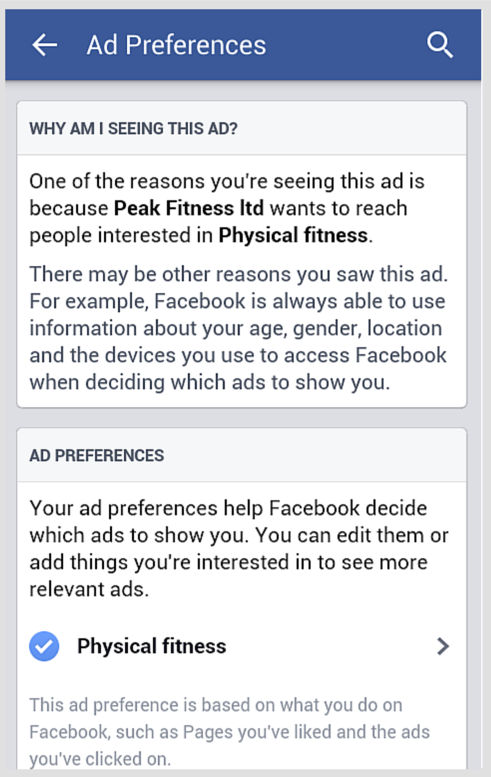 Facebook thinks I am interested in running and physical fitness, which is a fair assumption based on my recent activity. But it does highlight a flaw in a computer generated algorithm – there is no account of the ‘never again’ feeling I have about another Wolf Run or similar.

Facebook is keen to tailor updates and ads to your personal preferences so if you are seeing ads in your Timeline that you don’t like, make sure you have a look at why you are seeing the ad and change the topics you are interested in if they aren’t accurate. You can’t remove ads from your Facebook timeline altogether but you can make sure they are for stuff you might be interested in.

On the other side of things, as an advertiser, this ability to target is brilliant. You can advertise to people based on their age, gender, location, interests and habits. Plenty of people who did the Wolf Run loved it and will be signing up for the next one and other similar events so I’m sure some of the ads I’ve seen will have been very successful. The cost of those adverts will also have been far less than in a printed publication.

Interestingly one of the few non-running adverts I’ve seen recently was for Land Rover and that was because I like Volvo, so companies large and small are using Facebook adverts to target potential customers.

So, next time you’re on Facebook have a look at the ads in your feed and why you’re seeing them, it might give you ideas for how you could use Facebook advertising and how to tailor them.